Why We Are Still Cooning in the 21st Century

"I don't give a fuck what they think, they got to pay me booooooooooyyyyy! --Katt Williams quoting Flava Flav after his roast

In Katt Williams' recent stand-up dvd, "It's Pimpin' Pimpin,'' he recalls his frustration over the racist script he was paid handsomely to follow as the host of William Drayton's (aka Flava Flav) roast. Though Williams tries to keep the narrative comedic--with 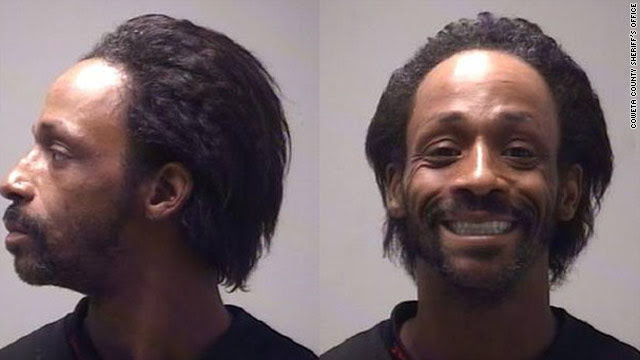 his signature brand of foulmouthed Richard Pryoresque storytelling--, his anger over the event is so transparent and raw that it overwhelms the comedy.
As far as his narrative goes, Williams explains that he arrived several days early on the Comedy Central set to get a jump on the event and rehearse his script. Upon arriving, however, he was informed by the producers that he was to write his own script and that they would write the scripts of all the other participants. Yet, the day before the event he and all of the black participants were called in for a dress rehearsal. When Williams asked why the white participants were not at the dress rehearsal the producers told him that the others didn't need to attend because they were "professionals."
Oddly enough, nobody was presented with scripts at the rehearsal but rather told that one would be forthcoming the next day. Smelling a rat, Williams implored one of his assistants to try to get their hands on the script. When the assistant returned with the script, Williams was appalled by the transparently racist jokes and references.

The entire script, Williams snarled, read "like a 1946 newspaper," portraying Flava as a "crispity, crackly, crunchity, coon." As for his role, Williams was supposed to refer to Flava Flav--who was to fly into the stadium on a wire, wearing a bright purple zoot suit, a viking helmet, and his customary oversized clock necklace--as a "flying monkey" (his actual lines were, in fact, "Look up in the sky, its a crow, its a bat, its fllllaaavaa flaaav." After Flava lands, Williams then quips, "Sir, that was quite an entrance. Makes you wonder where are the rest of the flying monkeys from the Wizard of Oz.") Williams joked that he was tempted to walk out on the roast after he got the script but couldn't bring himself to walk away from the lucrative payday. "I had already spent the money in my head," he confessed to raucous laughter.
The climax of Williams story was his encounter with Flav after the show. Fuming with the rest of the black participants backstage after the roast (Flav's children bounced midway through the show shedding tears of embarrassment and shame), William recounts that Flav sauntered into the group with a huge grin on his face, high-fiving everyone in sight. A perturbed Williams interrupted Flav's festive gallivanting by asking him pointblank how could he be so happy after being treated so derogatorily by Comedy Central and the producers of the show. Flav responds, ""I don't give a fuck what they think, they got to pay me booooooooooyyyyy!" and then bolts out of the door. Williams takes these comments to heart, noting that Flav was "absolutely right."
If racism was unavoidable in the entertainment industry, Williams mused, then why not play it out to your economic advantage. Williams then launched into a conflicting and conflicted diatribe, advising blacks on how best to negotiate such racist discourses in the mainstream, using Oprah Winfrey as the penultimate example of success. What immediately came to mind during Williams' tragic-comic performance was the well-worn saying in his hip hop culture, "Don't hate the playa, hate the game."
Tupac Shakir perhaps best exemplifies the meaning of this phrase in his song, "Keep Your Head Up," when he spits, "I was given this world I didn't make it." The idea being that black folks--because of racism, poverty, and structural inequality--have to employ whatever means available to them to carve out a living in the U.S., including criminal activities and so called "underground" economies. The message, then, for would-be critics of this survival-at-all-costs thinking is to hoist blame upon the system that creates and perpetuates racial inequalities, not the individuals who are forced to conform to its rules.
While one can certainly appreciate the rationale of this reasoning given the extent of continued white denial of black suffering (as institutions of power that orchestrate racial inequities are rarely held accountable for the ways they obstruct black self-determination), completely disavowing individual responsibility creates another kind of danger. In doing so, the individual abdicates the agency--provisional though it may be--at his disposal, indirectly propping up the very systems of power he claims to repudiate. If, say, dealing drugs is the hustle of my choice, a hustle that I justify on the basis of my dismal socioeconomic reality, then I have abdicated my individual responsibility to alter my social reality and accepted a priori that my destructive behavior--which negatively impacts my entire community--is somebody else's fault. While this ruthless individuality might seem revolutionary and liberating to some, its little more than a capitulation to cut-throat capitalism.
The real challenge before us on this score is to try to strike a workable balance between holding the system accountable as well as those that reside within our communities. What Katt Williams twisted rationale for "selling out" illuminates is the extent to which white society continues to reward blacks for accommodating racial stereotypes. However Williams tries to justify the circumstances under which he decided to the do the show, in the final analysis he accepted the payoff for "acting the fool for white folks" and, by extension, the emotional and psychological costs that come with compromising one's integrity repeatedly. No stranger to making such negotiations myself, I can certainly empathize with Williams' predicament. That one's success as an African American in the U.S. often hinges on how well one can navigate such racial land mines is most certainly a travesty. Be that as it may, we have to continue to resist the impulse to accept our subordinate social status as inevitable and institutionalized structural equalities as irreversible. In the short term that means, among other things, that there will be times where we'll need to refuse the capital of racial accommodation.
Quiet as its kept, there is a razor thin line between subverting the status quo and reinforcing it. Spike Lee captures this reality quite well in his controversial film, "Bamboozled," as does Aaron McGrudger in his wickedly acid parody of Martin Luther King's legacy in his "Boondocks" cartoon series. Gettin' paid at the direct expense of upholding the status quo, reinforcing racial stereotypes, or, worse, exploiting black communities, is not sexy or glamorous. To the contrary, it renders blacks complicit in destroying their communities.
So, alas, the time has come for us to start "hatin'" on the playa as well as on the game. Though we may ultimately be powerless to change the racial calculus that informs the dynamics that Williams outlines above, most of us can choose the terms upon which we participate in this racial theater. One thing's for sure, we can't cash the check of racial accommodation and expect for our racial realities to change. If you believe otherwise, I have a flashy purple zoot suit and a outsized necklace clock I can sell you cheap.
Posted by David Ikard at 1:28 PM 9 comments: