Left of Black: Mark Anthony talks with Joan Morgan and Sophia Quintero about Tyler Perry's adaptation of "For Colored Girls"

Posted by David Ikard at 7:39 PM No comments: 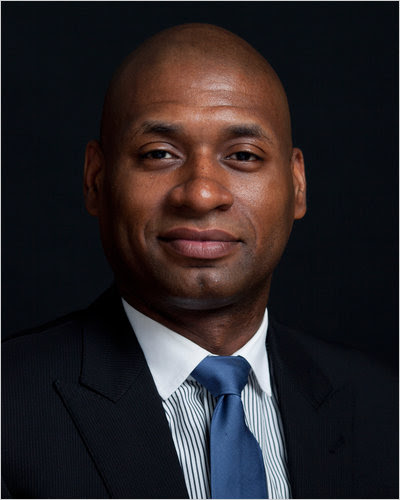 “There is another class of colored people who make a business of keeping the troubles, the wrongs, and the hardships of the Negro race before the public. ... Some of these people do not want the Negro to lose his grievances, because they do not want to lose their jobs ... There is a certain class of race-problem solvers who don’t want the patient to get well.”

This 100-year-old, cobbled-together quote from the “the Great Accommodator” Booker T. Washington has gotten quite a bit of circulation in the right-wing blogosphere since the Tea Party came under attack over racial issues.

The quote helps support a broader sentiment that the current racial discontent is being fueled by a black liberal grievance industry that refuses to acknowledge racial progress, accept personal responsibility, or acknowledge its own racial transgressions. And that the charge of racism has become a bludgeon against anyone white and not in love with President Obama, thereby making those whites the most aggrieved — victims of the elusive reverse-racism Bigfoot. It’s perfect really: the historic words of a revered black figure being used to punch a hole in a present-day black mythology and to turn the world of racism upside down.

(The fact that those on the right would glom onto this quote is fascinating from a cultural/historical perspective. The quote is a not-so-subtle swipe by an aging Washington at his young nemesis, W.E.B. Du Bois, an Obama-like figure who advocated a more broad-based, activist movement for racial equality to be led by an erudite black intelligentsia. This is so riddled with ironies that I couldn’t possibly tackle them all in this column. Maybe another time. Rain check, please!)

The argument of these whites minimizes the victimization of others while magnifying their own victimization. While their argument may hold for some individuals, when you look at blacks writ large, the argument falls apart.

According to an ABC News poll conducted last year, blacks are even more likely than whites to admit that they “have at least some feelings of racial prejudice.” Thirty-eight percent of blacks admitted to those feelings while only 34 percent of whites did. I use the word admit because people notoriously underreport negative behaviors on polls, and knowing which groups may underreport and to what degree is impossible to gauge. For more objectivity, we need more scientific measures like Project Implicit, a virtual laboratory maintained by Harvard, the University of Washington and the University of Virginia that has administered hundreds of thousands of online tests designed to detect hidden racial biases. Tests taken from 2000 to 2006 found that a whopping three-quarters of whites have an implicit pro-white/anti-black bias, while 40 percent of blacks had a pro-black/anti-white bias, about the same amount as those admitting racial prejudice in the poll.

Furthermore, a January poll by the Pew Research Center found that most blacks agree that blacks who can’t get ahead are most responsible for their own condition. Only about a third said that racial discrimination was the main reason.

This whole hollow argument is further evidence that many whites are exhibiting the same culture of racial victimization that they decry.

It’s an extraordinary set of responses. And my question is the same one used by the right to defend the Tea Party against claims of racism: Where’s the proof? There’s a mound of scientific evidence a mile high that documents the broad, systematic and structural discrimination against minorities. Where’s the comparable mound of documentation for discrimination against whites? There isn’t one.

We can find racial prejudices in all segments of the population, but pretending that the degree and consequences are comparable is neither true nor helpful. And attributing to the agitation of the “colored” masses to the self-aggrandizement of a callous few is truly detrimental.

In fact, some on the right seem to be doing with the race issue what they’ve done with the climate-change issue: denying the basic facts and muddying the waters around them until no one can see clearly enough to have an honest discussion or develop thoughtful solutions.

I had thought that the reflexive denials and defenses of many on the right were simply an overreaction to, in their view, being unfairly accused of racism on too broad a scale. My present worry is that denial may be the new normal and that the hot language of the past summer has cooled and hardened into a permanently warped perception of the very meaning of discrimination and racism. I worry that the last bit of distance between where we are and where we want to be on racial reconciliation is being drawn through an ever-narrowing, ever-more-treacherous terrain.

In the name of progress, the public must reclaim the facts of the race debate in this country. Many racial problems have been solved but many remain. Some we must tackle within our individual communities and others must be dealt with between them. Racism isn’t everywhere we imagine it, but it is in far more places than we admit. If we can start from common points of agreement, we can come much closer to common ground. But to do that, everyone must step out of the shadows of denial and into the brutal light of honesty.

Booker T. Washington was right that there are some who may not “want the patient to get well.” Those people exist on all sides of the debate, and they will always be there. But they’re a minority. Cast them aside. Let the rest of us start with this point of agreement: The patient is doing better but is still sick.
Posted by David Ikard at 4:18 AM No comments:

Strip Searched: Race and the Unasked Question in the Airport Scanner Debate As we enter the busiest traveling season of the year, one story has remained constant on the Internet and the evening news – the fear of and objections to TSA body scanners and pat-down searches in the nation’s airports.
As a civil libertarian, I appreciate the concerns of travelers and their allies. But at this historical moment, I’m unconvinced that civil liberties are the main thrust of the protests.

Black communities have been among the most policed and monitored groups in American history. We have been forced to live our lives out in the open, whether being groped and prodded on auction blocks or on city sidewalks as part of a “stop-and-frisk” regimen. Sometimes our right to move freely depended entirely on a White person’s determination that our “pass” was valid. At other times, that freedom could be curtailed by local, state, or federal law enforcement officials who suspected that legitimate political organizing was really a “front” for Social Justice conspiracy.


One of the interesting aspects of racial segregation was that White Supremacists consistently used concerns over “security” to justify their heinous crimes (lynching, anyone) or deprivations of freedom. Even the State of Louisiana in the infamous Plessy v. Ferguson case argued that its legal enshrinement of “Jim Crow” was a justifiable use of its “police powers.” Our history proves that racial profiling does not work and that it obscures more than it illuminates. Our present reveals that our city streets, bus terminals, and subway stations are sites of public humiliation, as some of us are strip searched or forced to lay face-down on the ground. These same spaces can become killing fields for people like Sean Bell or Oscar Grant. It has become common for most Americans to cheer on these efforts to “make our streets safer” or, at the very least, to walk or drive by without remark. Now, we’re supposed to be upset over body scanners at the airport…inside a building…where no one is taking down your name and address…planting evidence on you…or threatening to give you an “attitude adjustment” if you talk back?!

I agree that the security screens are invasive. I respect the voices of political conservatives like Bob Barr, one of the few Republicans who joined with the ACLU and regular citizens who organized against the USA PATRIOT ACT; regular citizens like me and other friends who founded the Greater Knoxville Civil Liberties Alliance in 2003. But the proposed alternatives frighten me too; racial profiling (you again?) and privatization (hunh?). And since the attacks-on-civil-liberties train left years ago, I am left to ponder if there is something else percolating in this anti-authoritarian brew.

I don’t travel much by air when I leave my new home in New York, but when I do I am always struck by the demographics of its airports: the travelers are overwhelmingly White and middle- or upper-class and the TSA agents are all working-class and, generally, people of color. I’m not saying that the dominant culture consciously has an aversion to being monitored by people of color, but it leads me to this thought: the fight over the body scanners and pat downs is a fight over the currency of normative (read: white) privilege.

Yes, this “crisis” is one of the ironic results of our national risk aversion. But remember, as Americans demanded to be made “perfectly safe” (an impossibility if there ever was one), the burden for this irrational stipulation fell overwhelmingly on the shoulders of people of color. Because the dominant culture wasn’t inconvenienced by these measures, there was very little resistance to such rash and draconian efforts. Fast forward to the twenty-first century.

Now that those who are accustomed to getting a free pass on these measures may have to experience the consequences of state surveillance, there is an increasing uproar about violating civil rights. Sure, the body scanners and pat-downs seem like unconstitutional violations of the 4th Amendment but so is everything else that has emerged from the silt of our radically raced and capitalist-driven “War on Terror.”

I’ll be happy to lend my outrage when everyone decides to 1) object to racial profiling; 2) remove the informants and agent provocateurs from neighborhoods and places of worship; 3) insist on the repeal of Arizona SB 1070; 4) free the Newburgh Four; 5) stop the warrantless wire-tapping and data mining; 6) protest the torture and continued imprisonment of detainees and “enemy combatants,” among other things. If, indeed, “freedom is not free,” as the conservative mantra goes, then neither is race privilege. Liberty and justice for the privileged just won’t cut it any more.
Posted by David Ikard at 6:43 AM 1 comment: