Barack Obama and the Black Vote: A Complicated Matter


"Obama refuses ... to conceptualize 'minority unemployment' as a discrete issue warranting special treatment apart from the overall treatment of unemployment in general. He insists that by raising the economic fortunes of all, regardless of race, he is necessarily raising the economic fortunes of the black poor who suffer disproportionately in hard times. Sometimes this formulation accords with realities.

Sometimes, however, rising fortunes accentuate inequalities, leaving behind those on the bottom or raising them much less than other groups higher on the socioeconomic-political pecking order. Depending on the circumstances, a rising tide might only lift the yachts, stranding the rowboats."

The Persistence of the Color Line: Racial Politics and the Obama Presidency

Just read a rather intriguing op-ed piece by Eugene Kane 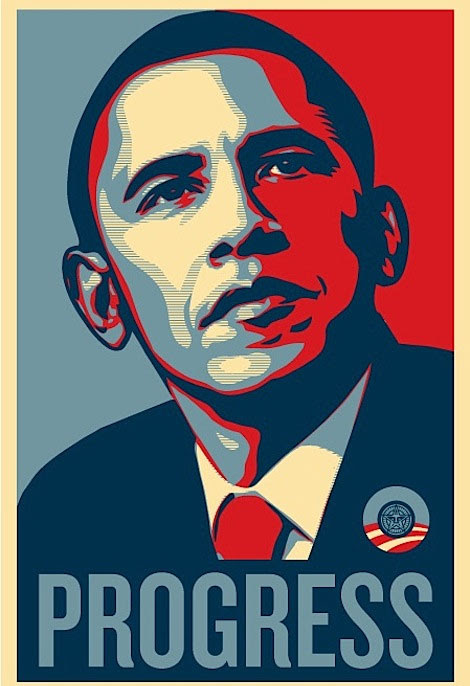 that tackles the thorny, and increasingly pressing, issue of Obama's attentiveness (or rather, lack thereof) to the suffering of black America and particularly the black poor. Using Cornel West and Tavis Smiley's controversial poverty tour and Maxine Waters' criticism of the prez as touchstones, Kane argues that there is growing discontent within black spaces over President Obama's job performance as it relates to black job creation and the ever expanding wealth gap between black and white America.

Though Kane rightly concludes that the naysayers of Obama's job performance on the Right--the most vocal being the GOP presidential candidates--are political opportunists ('Cause we know how much Bachmann, Perry, and Romney tout a "black agenda"), his political "solution" is downright defeatist. Namely, that the black community should stand behind Obama despite his inattentiveness to black concerns because at bottom we can do a lot worse, especially if a Republican wins the election.

I would submit that Obama's inattentiveness to black concerns are bound up in this very political calculation. That is to say that he knows that blacks will vote for him regardless of whether he pays attention to their socioeconomic concerns. Indeed, poll after poll shows that this so-called discontentment among blacks has hardly hurt Obama's popularity in the black spaces. Truth is, Obama has eclipsed even Martin Luther King as the most admired black figure in American history.

Randall Kennedy has rightly argued that the symbolic capital of Obama's presidency neutralizes to a large degree what he actually accomplishes on behalf of black folks. His undeniable intelligence, charisma, and grace--not to mention the fact that he married a black woman that is as down as collard greens and The Roots--authenticates him to the point of hero-worship.

Granted, symbolic capital has its place. There is something psychologically significant in breaking through as Obama has.Its one thing to suggest that a black man can be president of the US and quite another to point to the reality of a black president.

That said, symbolic capitalism doesn't create jobs, hold Wall Street accountable, press rich folks to pay their share of taxes, and so on. While I don't think that black folks will turn against Obama in the upcoming election, I do believe that if he doesn't make a more concerted effort to address black concerns, a great many of us will not turn out to vote. For those that see Obama as the great compromiser-in-chief and his--what's-good-for-white-America-is-good-for-black-America-governing-style--as a politically savvy way to help black folks without outing himself to White America, I say look at the economic reality.

Black businesses received a disproportionally smaller amount of TARP money than their white counterparts, have not been highlighted as the hardest hit despite having lost nearly 60% of their wealth because of to subprime debacle, have suffered nearly twice the rate of unemployment as whites, and the list goes on. What's good for the goose in this case is clearly not what's good for the gander.

While it goes without saying that Obama, as a black man, has unique obstacles to overcome in terms of race that, at times, complicate, if not, prevent him from going hard on certain race-centric issues, he's not even tested the waters to see what is possible, an insightful point that Kennedy makes in his new book, The Persistence of the Color Line. Here's hoping that Obama stops taking the black vote for granted. One thing is for sure, if things continue in the ways that they are, I might sit this one out. Real talk.