Time to stop the (tea) Party 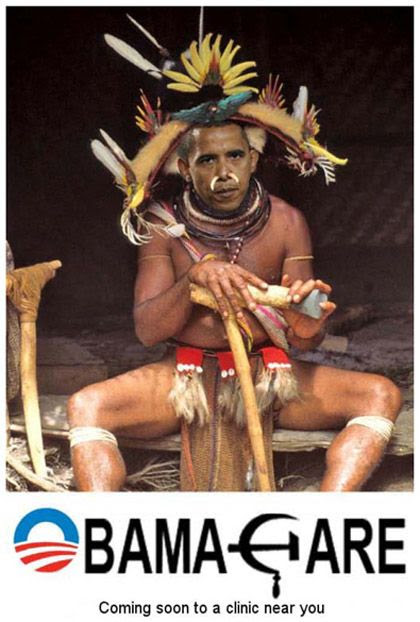 It is hardly a secret in or beyond black communities, that the majority of black folks are conservative—if not ultraconservative—when it comes to morality, parenting, work ethic, homosexuality, gender roles and the like. Indeed, any black person that resides on the far left of the political spectrum—as I do—can bear witness to this reality. (I, for one, have the scars to prove it)
The plain and simple truth is—beyond race-centric issues such as racial profiling, police brutality, economic discrimination, institutionalized poverty—black folks’ politics align rather closely with those on the Right, if not the far Right on several matters.

The question of the hour, then, is why aren’t throngs of black folks flocking to the Tea Party. If you answered, because they love Barack and Michelle Obama, you’d only be partially right. The other glaring reason is that the Tea Party (which is comprised primarily of disgruntled GOP purists) come off, more often than not, as apologists for racist behaviors.

A dramatic case in point is the response that the Tea Party has recently exhibited toward the NAACP’s condemnation of perceived racist elements in the movement—namely, the blaringly derogatory depictions of Barack Obama as an African witch doctor, monkey, Hilter, and coon on handmade signs (and now billboards) that are frequently and prominently on display during Tea Party rallies and gatherings.

Rather than engage the NAACP’s claims seriously, Tea Party spokesman Mark Williams responded by calling the organization racist. Why, you ask? Because they still retain “colored” in the organization’s official name. This is the same Mark Williams that, until recently, had penned an open letter on his website, mocking the NAACP and black folks at large. In the letter, addressed to Abraham Lincoln, Williams cast African Americans as mindless, bootlicking, Tea Party haters.

Worse yet, he plays upon age-old stereotypes of black folks as welfare-loving, social parasites. At one point in the letter he writes, “The racist tea parties also demand that the government ‘stop the out of control spending.’ Again, they directly target coloreds. That means we Coloreds would have to compete for jobs like everybody else and that is just not right.” The question is not whether this is a racist document, but how can any rational person argue otherwise.

Let’s be clear here, this is not about supporting or defending the NAACP, a group that has a less than stellar history when it comes to color and caste bias. Williams’s comments are offensive because they are racist, not because they attack the NAACP. As for the Tea Partiers that don’t espouse this type of thinking—and I’d like to think that there are more than a few—it is high time that you speak up. For if you remain silent and allow Williams and his ilk to speak for your movement, you will have lost more than the black vote, you will have lost all of your political integrity.
Posted by David Ikard at 2:47 PM